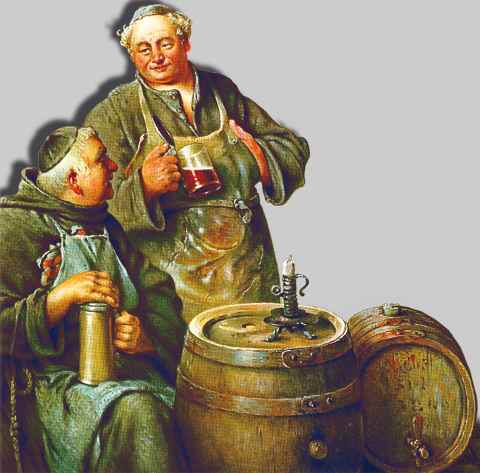 Monastery brewhouses have existed since King Arthur and the Princess Bride. During fasting periods liquids were allowed, and Monks began to brew beer as a way to sustain themselves. As beer quickly became their go-to meal of the day, Monks took the time to perfect the method of beer making, tweaking and fine-tuning the process for more palatable tastes and nutritious brews — see Ma, beer is healthy. As the monks got crunker and their beer-making skills improved, production and thus drinking surged at monasteries.

Historians report that monks were allowed to ibibe up to 5 liters of beer a day. Kudos.

One thing led to another and monks began to sell their beer as a way to financially support their monasteries. Travelers would rest their weary selves at these monastery pubs for these high quality, delicious brews. Today, the tradition lives on through Trappist beer, which is made and run by Trappist monks.

The monk-made beer must be brewed inside the walls of a Trappist abbey and the profits go directly towards their abbey’s rent, charities and the surrounding community. Chimay, for example, is widely distributed throughout the world whose brew water is drawn from a well within the monastery walls. Even the filtered solids left over are recycled into the feed for the same cows that provide the milk for Chimay cheeses.

Check out the pic below of all seven Trappist beers, produced by seven different monastaries (one in the Netherlands & six in Belgium). 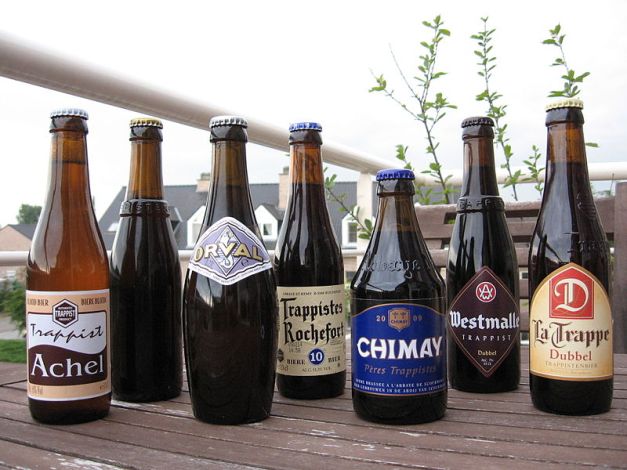 So how do you know if you’re drinking the real-deal? Make sure your beer has the authentic Trappist logo and enjoy!